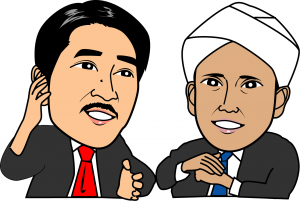 Hiro-o Hamaguchi received his D. Sc. Degree in physical chemistry from the University of Tokyo in 1975. In 1990, he became a laboratory head at the Kanagawa Academy of Science and Technology. From 1995 till 2012, he was a Professor of Chemistry at the University of Tokyo. He is now a Chair Professor at Department of Applied Chemistry, National Chiao Tung University, Taiwan. His recent research efforts are directed toward the elucidation of complicated molecular systems including solutions and liquids, ionic liquids, and also living cells and human organs, using time- and space-resolved vibrational spectroscopy. He is the author of 272 scientific papers in the field of physical chemistry and molecular spectroscopy. His hobby is watching nature, in particular, collecting Taiwanese stag beetles.