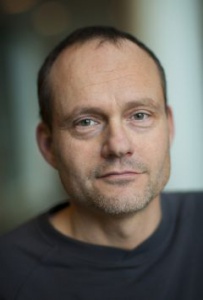 Mikael Käll is a professor of physics at the Department of Physics, Chalmers University of Technology, Sweden. He defended his PhD thesis, entitled „Raman scattering studies of high-Tc superconductors“ at Chalmers in 1995. After a post doc at Risø National Laboratory in Denmark, where he did with neutron scattering studies of cuprate superconductors, he was recruited back to Chalmers as an assistant professor. Over the following years, he started working on single molecule surface-enhanced Raman scattering (SERS) and related topics in nanoplasmonics. He was promoted to full professor in 2006 and he is now head of the Division of Bionanophotonics and deputy dean of the Department of Physics at Chalmers. His current research interests mostly concerns the physics and applications of plasmonic nanostructure, including molecular sensing, optical forces, SERS, chiral response, hot electron transfer and metasurfaces. He has published some 180 journal papers that has accumulated >11000 citations.