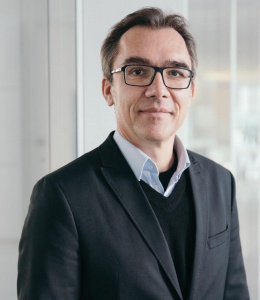 Jürgen Popp studied chemistry at the universities of Erlangen and Wuerzburg, Germany. After his PhD in Physical Chemistry, he joined Yale University for postdoctoral work. He subsequently returned to Wuerzburg University where he finished his habilitation in 2002. Since 2002, he holds a chair for Physical Chemistry at the Friedrich-Schiller University Jena. Furthermore, he is the Scientific Director of the Leibniz Institute of Photonic Technology, Jena, since 2006. His core research focus is biophotonics, i.e. the development and application of frequency-, time- and spatially resolved innovative laser microspectroscopical methods and techniques for biomedical diagnostics as well as environmental and food analysis. Corner stones are the development and application of linear and non-linear Raman-technologies with particular focus on clinical diagnosis. In this context, Raman methods are utilized and developed according to the needs of pathology, oncology, and infection/ sepsis. He has published more than 600 journal papers and has been named as an inventor on 12 patents in the field of spectroscopic instrumentation. He is founding editor and Editor-in-Chief of the Journal of Biophotonics. In 2012, he received an honorary doctoral degree from Babeş-Bolyai University in Cluj-Napoca, Romania. Professor Jürgen Popp is the recipient of the 2013 Robert Kellner Lecture Award and in 2016 he received the prestigious Pittsburgh Spectroscopy Award.